From the motivational “windshield talks” and inspirational notes of advice before big games, to the countless hours of catching me in the driveway on a bucket (or more like chasing my overthrown balls down the street), to relating game lessons to life lessons, and reminding me why I fell in love with the game, my Dad gave up so much of his life and dreams so I could achieve mine.

Ending his potentially early career in professional baseball to start a family (and get a real job), his life quickly became dedicated to instilling his love and passion for the game in me. Since the age of three, he had a ball in my hand and a ballcap on my head. He always said, “there was never a ball you didn’t like.”

His undying love of St. Louis Cardinal baseball was soon passed on to me at the earliest stage in my life, as he introduced his baby daughter to Cardinal legendary shortstop Ozzie Smith back in 1990, who signed the Cardinals onesie I was wearing. I continue to cherish this story and signed memorabilia, as it was truly what sparked my love interest with the game.

While my Dad was a baseball fanatic and knew everything about the game there is to know, he knew absolutely nothing about the game of softball! When the time came that he realized I could no longer play baseball “with the boys” and it was time to put me on a girls softball team, he researched everything he could about girls fastpitch, attempting to learn the basic mechanics of the “windmill.”

He knew from the first day I “pitched” a softball, I was destined for the mound. He emphasized that my natural arm speed and “go getter” attitude would take me far in this game. From that moment, at the early age of 9, he had me hooked on pitching. I wanted nothing more but to pitch every chance I got.

He made me believe that if I just threw as hard as I could I could truly beat anyone (he was right sometimes…)!  While this philosophy certainly rung true when I managed to pitch the ball successfully below the hitter’s head, the walks were certainly frequent in 10U softball. My Dad soon realized it was time to hand me over to a professional pitching coach to truly help me develop my skills. This is when he discovered Jim Greiner, who soon became both my softball and life mentor.

This is the moment when my Dad (and Mom) made the commitment to enter the competitive world of girls fastpitch softball. Giving up family vacations, nice cars, and other luxuries, and taking on even more hours at their jobs, they made the decision to give me the opportunity to play this game at the highest level I wanted to play it at.

While sadly some may never see playing this game as a gift or an opportunity, the values they instilled in me taught me to cherish every moment on that diamond as it was the greatest gift God had given me.

I never saw practice “as work,” nor did I dread the “teaching moments” given by my Dad, but rather was excited to learn something new and implement his advice in any way I could. However, it was the way he communicated and related to me that ignited my unbridled enthusiasm for the game. His constructive criticism pushed me to work harder, but also gave me the confidence to see the potential and talent he saw in me.

I can’t imagine it was an easy task trying to raise me, as I was a headstrong, overactive, talkative kid. However, his patience never wavered. He never stopped believing in me as a person and a player no matter how much adversity I faced from t-ball through college. From the injuries, to the tough losses, he was always there with his bucket and glove to cheer me up and to remind me of the little girl who fell in love with pitching the first time I picked up a softball.

He will never truly know the impact he has had on my life through this game we both love. On my wedding day I reminded him of this unbreakable bond we had created through this amazing sport by presenting him with this engraved softball that reads, “To the coach who never stops coaching. I LOVE YOU.” Forever Your Little Girl #13. He concluded his Father of the Bride speech (which you can watch below) with a baseball prayer, which I thought would be quite appropriate to share on this post. This prayer certainly encompasses our relationship in a nutshell and will be forever cherished as one of the most touching and memorable events of that special night.

I am going to end this post with one piece of advice, and that is to cherish the time you have with your Bucket-Mate, whether it’s your mom, dad, brother or sister. Appreciate those countless hours they are investing in you as a person and player. And likewise, for all you catchers out there, use these moments to build a relationship with your daughter or sibling and to teach them not only about the game, but about life. One day they will look back, as I have, and be eternally grateful for the time I spent with my BEST Bucket-Mate. 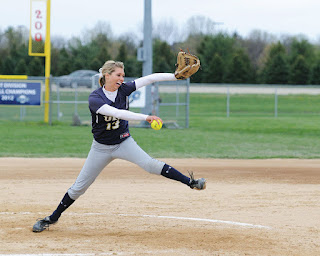 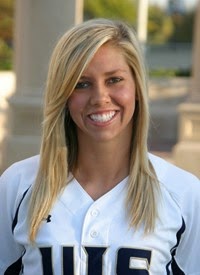